This month we celebrate our independence. It is a great word, independence; I love how it rolls off one’s tongue.  If we look to Merriam-Webster, we find this

Our country even has a Declaration of Independence.

The unanimous Declaration of the thirteen united States of America

When in the Course of human events it becomes necessary for one people to dissolve the political bands which have connected them with another and to assume among the powers of the earth, the separate and equal station to which the Laws of Nature and of Nature’s God entitle them, a decent respect to the opinions of mankind requires that they should declare the causes which impel them to the separation. We hold these truths to be self-evident, that all men are created equal, that they are endowed by their Creator with certain unalienable Rights, that among these are Life, Liberty and the pursuit of Happiness. — That to secure these rights, Governments are instituted among Men, deriving their just powers from the consent of the governed, — That whenever any Form of Government becomes destructive of these ends, it is the Right of the People to alter or to abolish it, and to institute new Government, laying its foundation on such principles and organizing its powers in such form, as to them shall seem most likely to effect their Safety and Happiness. Prudence, indeed, will dictate that Governments long established should not be changed for light and transient causes; and accordingly all experience hath shewn that mankind are more disposed to suffer, while evils are sufferable than to right themselves by abolishing the forms to which they are accustomed.  ~~Declaration of Independence.

Why my friends, do we make such a big idea out of independence? Is being independent a good thing? I want in my life, something to rely on, something I can count on being there in the good times and the bad. I need to know, that I am not on my own, facing all the uncertainty and impediments that life throws at adults by myself.

But friends, I also appreciate that I am not intended to be independent. I was created, as were all humanity, to depend wholly on God. If we have any question of this, we need to reread the book of Job, especially chapters 38 to the end.

Yes, it is nice to not be under bad rulers or corrupt government. It is a hope that our youth will grow up and move out of their parent’s home. It is nice when our children can potty by themselves. However, if we are truthful with ourselves, we cannot say we are independent. We were not made to be independent. Let us rejoice instead, that we have a loving, caring faithful God that we can depend upon. 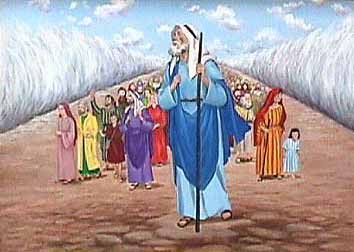 Dear God,I thought that all I would have to do is make it to Easter, and then everything would go back to […]

Dear Church Family, I wanted to share with you that after much prayer and discussion our session was in full support of […]